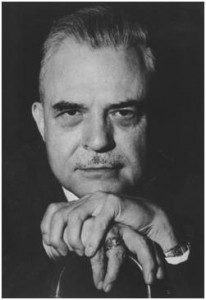 What sets Ericksonian Hypnosis apart from other, more traditional forms of hypnosis? Perhaps the best way to gain insight into this question is to follow Erickson’s lead and use stories, starting with Erickson’s own dramatic life story. A story of courage and determination and one that, to me, is a confirmation of the belief that there are no coincidences. Everything happens for a reason, and has benefit.Milton Erickson is considered the father of modern hypnotherapy. The therapy he engendered, Ericksonian hypnotherapy, is one of the fastest growing and influential branches of hypnotherapy today. His methods have inspired short term strategic therapy, the rebirth of guided imagery, and NLP (Neuro-Linguistic Programming) to name a few. Even John Bradshaw, in both of his acclaimed series on PBS, frequently quotes Erickson and calls him “the greatest therapist who ever lived.”

Erickson was born in a pioneering and rural farming country in 1902. The schooling he and many of his brothers and sisters received was basic, and thus it is not surprising that nobody noticed that young Milton was experiencing the world in a rather unique manner: he was color blind, tone deaf, and slightly dyslexic. These perceptual abnormalities may have led Erickson to a roadless traveled”, but it wasn’t until his teenage years that his life would take a truly pivotal turn – a turn that would effect his destiny and the evolution of hypnotherapy as we know it.

In the summer of 1919, at the age of seventeen, he was stricken with his first attack of Polio (his second would come at the age of fifty-one). It was an extremely severe infection. He was not expected to survive, and his parents were told that he would be dead by the following morning. He lapsed into a coma. When he awoke three days later he found himself completely paralyzed, unable to move except for his eyes, and barely able to speak. Since there were no rehabilitation facilities in their community, there was no reason to expect that he’d ever recover.

Milton kept his still active and keen mind occupied as he played mental games with himself. He learned to notice the difference between his family’s verbal and non-verbal communications. He noticed that sometimes people would say “no” with their mouth while their body was clearly saying “yes.” His parents, who took care of him as best they could, fashioned a crude potty for him and left him strapped into his chair for hours. He was sitting somewhere in the middle of the room, looking longingly at the window, wishing he could be near it so that he could see what was happening outside. As he sat there, seemingly immobile, intensely wishing and imagining being outside playing, the chair began to rock slightly. This excited him greatly and he endeavored to make it happen again. He gave himself direct commands: “Move legs! Rock the chair!” Nothing happened. Finally he gave up, sank back into his daydreams, and once more imagined playing outside. Again the chair began to rock! It was the indirect suggestion, that vivid imaging, that produced a response. Using this discovery, over the following two years, Milton taught himself to walk again (aided in the task by closely watching his baby sister who was only then learning to walk), and closely observed how human beings communicate and how the unconscious mind works. Thus one of the hallmarks of hypnotherapy was born: indirect suggestion.

Erickson said, “everyone is as individual as their own thumb print.” In his practice, he tailored every induction to the client’s individual needs and perceptual bias. He believed in the wisdom of the unconscious mind, and in the theory that people have all the resources necessary to make changes inside themselves. He believed that the job of the therapist is to help the client re-establish his/her connection with his/her inner resources and to develop a rapport between the conscious and the unconscious mind.

To illustrate this idea of client-centered therapy, Erickson once told his story to an assembled group of psychiatrists:

I was returning from high school one day and a runaway horse with a bridle sped past a group of us into a farmer’s yard, looking for a drink of water. The farmer didn’t recognize it so I jumped up to the horse’s back, took hold of the reins and said “Giddy-up” and headed for the highway. I knew the horse would take me to the right directionä I didn’t know what the right direction was. And the horse trotted and galloped along. Now and then he would forget he was on an highway and would start off into a field. So I would pull on him a bit and call his attention to the fact that the highway was where he was supposed to be. And finally about four miles from where I had boarder him he turned into a farmyard and the farmer said, “So that’s how the critter came back. Where did you find him?” I said, “about four miles from here.” “How did you know he should come here?” I said, “I didn’t knowä the horse knew. All I did was keep his attention on the road.”ä I think that is how you do psychotherapy.

Often, Erickson didn’t use a formal trace induction. Instead he talk stories that has a deeper meaning. Sometimes that meaning was clear, most times it was not. At least not to the person’s conscious mind. For example, a twelve-year-old boy was brought in to see Erickson about bedwetting. Erickson dismissed his parents and began talking to the boy about other topics, avoiding a direct discussion about bedwetting altogether. Upon learning that the boy played baseball and his brother football, Erickson elaborated on the fine muscle coordination it takes to play baseball, compared to the uncoordinated muscle skills used in football. The boy listened raptly as Erickson described in fine detail all the muscle adjustments his body automatically makes in order to position him underneath the ball and catch it: the glove has to be opened at just the right moment and clamped down again at just the right moment. When transferring the ball to another hand, the same kind of fine muscle control is needed. Then, when throwing the ball to the infield, if one lets go too soon, it doesn’t go where on wants it to go. Likewise letting go too late leads to an undesired outcome and consequently to frustration. Erickson explained that letting go just at the right time gets it to go where one wants it to go, and that constitutes successä in baseball. Therapy with this young man consisted of four sessions that included talks about other sports, boy scouts, and muscles. But bedwetting was not discussed, and “formal hypnosis” was not conducted. The boy’s bedwetting disappeared soon thereafter.

And what could you expect if you decided to go to an Ericksonian hypnotherapist today? Hard to specify. In much the same way that Erickson treated every patient on a very individual basis, there are as many approaches to the continuation of his work as there are followers of it. There is a joke that kind of sums it up: “How many Ericksonian hypnotherapists does it take to change a light bulb?” Answer: “Seventeen. One to change the bulb and sixteen to argue how Milton would have done it.”