How to Remember Names

How to Remember Names

Ever meet somebody and five minutes later you can’t remember his or her name? Want to avoid that embarrassment? Here’s a solution. 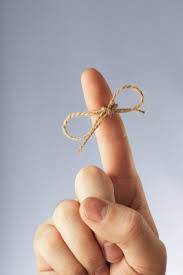 There may be no more powerful anchor than one’s own name.

In the past few years I’ve traveled the US doing hypnosis seminars for weight loss and smoking cessation. Occasionally, during the presentation, I would surprise individuals I’d met briefly at the check-in table by calling them by name… “What do you think about that, Bill? How bout you, Phyllis?” It’s fun to watch their eyes pop open and look at me with suddenly undivided attention.

If they think I’m endowed with special powers I don’t correct them. That belief usually increases the hypnotic response potential and I only have two hours to make a room full of people into non-smokers.

But, confidentially, I’ve no special gift. My whole life I had always been “terrible with names.” So what changed?

Let me tell you a story…

About 20 years ago I met a remarkable man named Jason Randal. He was a presenter at one of Tony Robbins’s events when I was a Master Trainer for Robbins. His presentation about developing winning strategies was very good but, honestly, it was what happened a year later that really got my attention.

The next year he was again invited to speak. He arrived at the venue while we were setting up for a trainers meeting. He apologized for the interruption, said hello to most of the people there by name, then walked up to me with his hand extended in greeting and said, “Hi Doug. Nice to see you again.” I was shocked because we had barely met the year before when he had been the guest speaker who had met hundreds of people. Moreover, I wasn’t even sure of HIS name! Then, in the process of shaking my hand, he proceeded to steal my watch, my wallet, my room key and various other items without my noticing. (He was also a professional pickpocket who’s act in Vegas included memory demonstrations.)

Once I got my stuff back, I told him that since he’d made a fool out of me for the amusement of all the other trainers, he should let me model his ability to remember names. He agreed, warning me that the ONLY reason he was so good at it is because he PRACTICED certain techniques. He said he’d taught himself to get good at remembering. It was not a natural gift but techniques he’d modified after reading Harry Lorayne’s book “How To Develop a Super Power Memory,” back in High School to improve his failing grades.

I only had about 20 minutes with him so I didn’t have the time to do a complete modeling elicitation, but these are some of the key strategies I did get and still use today.

Prior to hearing their name for the first time, have the intention to remember it. This cannot be over emphasized. Half the time we don’t remember someone’s name we barely even heard it in the first place.

Not out loud. Repeat it silently to your self.

(upward inflection) to make sure you’ve heard it correctly. “Did you say Alice?” (This is an opportunity to notice how they other-then-consciously say yes and no, but that’s a topic for another article)

“Is that a family name?” “Were your parents hippies?” (keeping it light and humorous) Take the time to get it right.

See it on their face like a bad tattoo or on their chest like a sweatshirt logo.

(this was Jason’s primary focus) Examine a person’s face and body discreetly when you are introduced. Try to find an unusual feature, whether ears, hairline, eyebrows, eyes, hands, feet, etc. Create an association between that characteristic, the face, and their name. (Like “Frank – who has the frankfurter eyebrows.”) Alternatively it may be to associate a rhyme or image of the name with the person’s face or defining feature. (“Mary, Mary who is quite hairy.”) Jason emphasized that these images ought to be extreme. The crazier the better because you’d be more likely to remember it.

Think of a celebrity or someone well known to you who has the same name. Picture this new acquaintance with that other person — maybe hugging them, sitting on their lap or doing something else like posing for a picture together.

After going on to the next person, review the previous name If the circumstance allows it, I’ll sometime playfully introduce the two. “Mary, have you met Frank?” And while they are saying hello to each other I quickly review my associations of the first person. The thing I discovered, in attempting to do this in real life, is that the most important factor is key #1: Pay attention and have the intention to remember. As much as I would like to leave this all to my unconscious mind to do for me, it doesn’t. This is a skill you have consciously DO. That was true for Jason. That is true for me. That will probably also be true for you, at least, perhaps, until you fully integrate it. And then, like every other skill on the planet, to actually get good at this you must PRACTICE. When you do, however, you’ll find it really pays off.