Using NLP with Veterans and PTSD 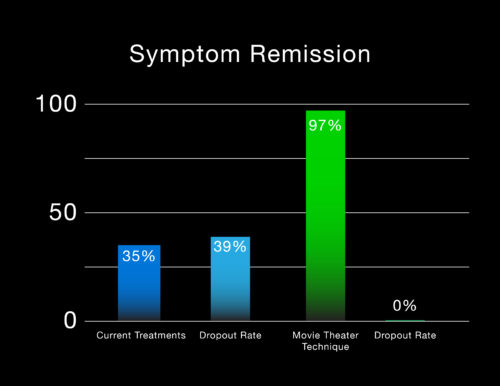 Using NLP with Veterans and PTSD

I’m going to make you a bet. I bet that you or someone you know suffers from PTSD. Post Traumatic Stress Disorder has become almost common place these days, especially among certain populations and especially among military veterans. According to a major study done by the RAND Corporation, at least 20% of Iraq and Afghanistan veterans have PTSD, while The U.S. Department of Veterans Affairs estimates that PTSD afflicts almost 31 percent of Vietnam veterans. Considering that there are about 21 million veterans in the United States, that’s a lot of people. It is also worth noting that Veterans have a 20 -25% higher risk of suicide than a civilian population of the same age which works out to around 20 suicides every day.

But there is some good news to report.

Recently conducted clinical studies show certain NLP processes to be vastly better at removing symptoms of PTSD than what they have been using.

To illustrate how much better, I’m going to tell you about the results of two studies.

The first study illustrates how veterans with PTSD have been treated up to now, the second shows the results of the NLP treatment. You will notice the striking contrast between the two.

The first study, published in January 2016, looked at three first-line psychotherapies for PTSD. These are the most commonly used treatments for veterans with PTSD. The study showed that of those people that finished the treatment, the ones who completed their course of treatment, approximately thirty-five percent of them got better; which is to say that they generally no longer met the clinical criteria for PTSD. Now, that’s considered pretty good by clinical standards. However – the report didn’t mention how many sessions were involved in the treatment, but they did report the dropout rates were just as high or higher than the success rate, as high as thirty nine percent of the participants dropped out.

Now let’s compare that to a second study released about the same time.

This study looked at the results of treating the veterans with a technique from the world of NLP, or Neuro Linguistic Programming, a technique researchers dubbed the “Movie Theater Technique,” but the most NLPers call the “Double-dissociation phobia cure.” It was done first as a pilot study in 2015 and then replicated three times since. And, as an aside, in science replicating the results of a study has long been considered a crucial part of scientific investigation. Because, if the results can be show to have been replicated with similar results, it tends to further substantiate the findings.

The first published results of the 2015 pilot study showed that 97% of the participants no longer met the clinical criteria for PTSD. 97% were in complete remission. Further more, this was done in only three sessions per participant and there was a zero dropout rate.

This study now has been replicated three times including once with exclusively female veterans. Each of the study’s replications have shown similar results of well over 90% success rate and minimal dropout rate.

These are very exciting results. Think about that. These are clinical studies that show we should be able to successfully treat almost every veteran – or civilian – with PTSD in as little as three sessions.

Now, to be clear, these studies focused on Veterans who were specifically suffering from flashbacks and nightmares. The term PTSD is used to describe a wide variety of symptoms and can show up in a whole host of different ways.

That being said I will tell you, from my personal experience as one of the NLP practitioners working with the veterans in the most recent iteration of the study, it was remarkably gratifying to witness these guys change. I typically saw one volunteer for one session a week for three weeks, three sessions total. Before treatment, many hadn’t slept through the night in years, so after their nightmares and flashbacks stopped, they actually began to get a good night’s sleep on a regular basis. That change alone was transformational.

They came in rested, articulate and clear eyed; no longer worn and ravaged by the terrors of the night.

If you or someone you know suffers from a phobia, flashbacks, or symptoms of PTSD, don’t hesitate to call. We can help you.

Beyond that here are some ways that you can help, visit the site (http://randrproject.org/) and make a contribution. Alert your state and local congressmen about the intervention and the site, or use Amazon smile and designate the Research and Recognition Project as one of their beneficiaries.