“Getting Good” and “The Art of the Story” 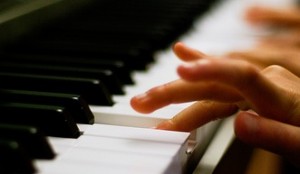 “Getting Good” and “The Art of the Story”

Note: This is an article published last week in the Neo-Ericksonian Approaches Newsletter. To those of you who read it, sorry for the repeat. It won’t happen again. At least not if I can help it.

Even the best musicians practice fundamentals like scales everyday. Coincidence?

So, in the same way a musician practices scales and arpeggios, it behooves practitioners in the NLP and Hypnosis world to hone their skills on the instrument they have to work with. And so we study and practice language patterns.

The Art of the Story

To be a musical artist, of course, also requires that one learns to play some really good songs (either originals or covers) and learns to play them very well.

In the same way we, as personal change artists, need to learn some really good stories (either original or borrowed) – and learn how to deliver them really well.

As I’m sure you are aware, Milton Erickson was famous for his therapeutic stories. He is not alone. What do Richard Bandler, Rosanne Cash, Anthony Robbins, Marianne Williamson, and Dan Millman have in common? They are all great story tellers.

So, in addition to language patterns, we will also look at story and metaphor creation, tips on how to tell them really well and offer examples and resources from the literature.

Watch for this in these pages in the days and weeks to come.

Here’s a story you may or may not know having to do with yet another aspect of being persuasive, being congruent. I heard it years ago and imagine it has made the rounds. I do not know it’s source:

“Sometime in the 1940’s a poor indian woman travels across India with her child to have a private meeting with Mahatma Gandhi. Gandhi was, by this time, a revered figure in India and the woman knew that if anyone could help her it would be the Mahatma. Her problem was that her son had a very bad addiction to refined sugar and his health and teeth were suffering as a result. She came to seek Gandhi’s help in getting her son to quit this bad habit.

When at last her turn came she gathered up her son and was ushered into Gandhi’s chamber. Gandhi listened to her story and thought for a moment.

“Come back in two weeks,” Gandhi said and walked out of the room. The woman had no other choice but to return home on the same arduous train trip across India and then back again after two weeks.

Two weeks later the woman and her son have made it back and once again are waiting for a meeting with Mahatma Gandhi. At long last they are admitted to his chamber.

Gandhi enters, looks at the boy and in a loud voice commands, “QUIT EATING SUGAR!” pauses for a moment for effect and then turns and begins to walk out.

“Not so fast, buster,” (or words to that effect) the woman says to the great man. “That’s it? That’s the whole thing? That’s what we traveled across the country for – twice?? Why couldn’t you have said that two weeks ago?”

Gandhi turned to her and smiled sweetly… “Because, you see,  two weeks ago I was eating sugar.”

(For more on story telling see “Stories from the Outside Inn.”)