Why Stories? and The super computer story 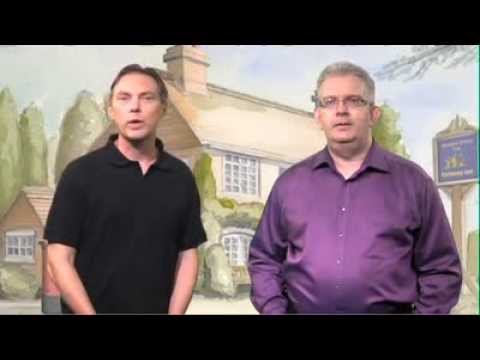 Why Stories? and The super computer story

I hear and I forget.

I see and I remember.

I do and I understand.

Like learning to ride a bike. You could benefit from hearing someone describe how to do it. You’d gain a great deal more by watching someone do it. But once you’ve done it yourself you’ll never forget.

This is probably why Milton Erickson, the great psychotherapist /hypnotherapist in who’s honor this web site is named, would often assign his patients activities to do. Activities like climbing up to the top of a nearby butte named Squaw Peak. Ordeal therapy like waxing a floor all night long as a cure for insomnia. Even hypnotic phenomenon like arm catalepsy were physical experiences that had a therapeutic outcome.

The next best way of learning is via story telling.

In story telling, if the listener’s attention is fully captured by the teller of the story (and especially if they are in a hypnotic trance) the listener has a visceral experience of the events and actions taking place that are truly the next best thing to being there. In fact, it is arguable that they may be even better, as the story teller can artfully frame the experience for the listener using language patterns and help ensure the right lesson is being learned.

Interestingly, stories work so well because we can’t imagine events or activities without evoking the same parts of our brains that are evoked with real physical activity. Brain scans show that a person imagining a flashing light activates the visual area of the brain; when they imagine someone tapping them on their arm, the activate the tactile area of the brain.

So stories are not just entertainment, they are ways of learning, a means of teaching.

They are ways of imparting an virtual experience to a person so they really get it. They understand.

Of course, there are many many uses for stories and entertainment is certainly a big piece of it. Good storytellers have a way of using their voices to positive effect. They have an awareness of tempo – speeding things up sometimes to increase excitement, slowing things down at other times to maximize dramatic impact.

Today even more business people are appreciating the value of a well told story, and seeing their bottom lines improving as a result. That’s the wonderful thing about stories, they are irresistible. I may be overstating it slightly to say that the quality of your story telling ability may just parallel the quality of your life, but I have no doubt that improving you story telling ability will improve it.

*Look at  this video for evidence of this.

The Super Computer and the Meaning of Life.

Once upon a time, in the not too distant future, computer science has reached it’s apogee. The US Government, in rare cooperation with all the nations of the world, has  created the world’s largest and fastest super computer onto which has been loaded the collected history, languages, experience and wisdom of all of mankind. This thing will make IBM’s Watson computer that so thoroughly crushed all the Jeopardy champions look like a VCR blinking 12:00.

The computer technician’s have made their final tweaks and tests. The super super-computer is ready to be unveiled to the world first thing tomorrow morning. It will be a truly historic event.

The night watchman, left alone with this machine and entrusted to it’s safekeeping, realizes what an opportunity is before him. He cannot resist the temptation.

He sits down at the keyboard and opens the search window.

He types, “What is the meaning of Life?”

To his shock the machine roars to life. What had been so silently humming away was now buzzing and chirping and whirring and blinking while engaged in all manner of extraordinarily fast and vast calculations and searches of the the world’s histories, literature, religions and philosophies.

Finally, after many minutes of this activity, the machine fell silent. Then, after what seemed like an eternity, the machine began to speak. (It’s vocal emulation software is amazing. Sounds totally real.)

“That reminds me of a story…”