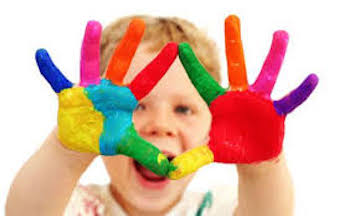 It is probably intuitively or empirically known to you that some people have a greater capacity to visualize than other people. Other people have highly tuned auditory awareness. Some people seem so mostly make sense of the world through the sensations they feel, while some great chefs or wine connoisseurs have highly sensitive and developed sense of taste.

So if you, as a story teller, tell a story that is rich in visual detail, the visualizers will be very happy but not everyone else will share the same appreciation. Conversely, if your story is limited to descriptions of how you and your characters felt in a given situation, the visualizers wouldn’t “see” what you’re talking about.

SO it behooves us to cover all the bases and write our stories using SENSORY RICH LANGUAGE, covering all five senses along the way.

The funny thing is you and I and everyone tends to favor one of those senses and you might not even realize it. It just seems normal to you. So when we create our stories we would be well advised to but your editor’s hat on and make sure you include some descriptions in your story that touch on each sense at some point in your story.

Just for review’s sake – we have five senses. They are:

On the first day of my summer vacation this year I went down to the diner and hung out with my friends Vinnie and Slash and waited to see if some girls came by. Around lunch time Betty Alice and Nadine came by to get some lunch and Vinnie went over and talked to them. They must have told him they weren’t interested in whatever it was he said because Vinnie ran out.

The sun was blazing so bright through my bedroom curtains when I got up this morning I had to squint to see the alarm clock. Was I late? Suddenly I realized it was the day I’d been waiting for… no school! Summer vacation had, at last, arrived and I wasn’t going to waste a minute of it. It was already close to 11 AM so I pulled on my sneakers and shorts, scrambled down the stairs, grabbed my skateboard and was out the door in a flash. The screen door slapped the wood frame loud and I heard my mother yelling something about whatever, but I figured I’d text her from the diner.

As soon as I rolled up I saw my friends Vinnie and Slash sitting in the booth in the corner so I went in, picked my way down the narrow aisle and slid in next to them. The smell of coffee was thick in the air. Like they were just brewing a fresh pot. I yelled over to Doris, the waitress to bring my a cup but she couldn’t hear me cause it was so noisy in there with all the school kids talking all at once

And then every thing shifted. Betty Alice and her friend Nadine appeared in the door and everything else blurred out – the din of the place faded into nothing. I couldn’t take my eyes off Betty Alice as I watched her and Nadine get seated on the other side of the restaurant. Time stood still for the briefest of moments before Vinnie smacked my on the arm and “Let me out! I’m gonna go talk to them.”

I both hated and admired Vinnie as he strode over there like some stupid dog chasing a bus. I wished I had that level of confidence but right now I wished he’d trip and fall on his face. Well, you know what? Somehow or other I got my wish cause the next thing you know Vinnie’s charging out the front door and not looking back. Me and Slash just sat there in shock, gaping out the window and wondering what happened.

Interestingly, new support for the value of sensory description in stories is arriving from an unexpected quarter: neuroscience.

Brain scans are revealing what happens in our heads when we hear a detailed description, an evocative metaphor or an emotional exchange between characters. Stories, this research is showing, stimulate the brain and even change how we act in life. The brain, it seems, does not make much of a distinction between hearing about an experience and encountering it in real life; in each case, the same neurological regions are stimulated.

Scientists have come to realize that stories activate many other parts of our brains beyond just our language processing regions, suggesting why hearing a story can feel so alive. Words like “lavender” and “cinnamon” for example, elicit a response from those parts of our brain devoted to dealing with smells.

In a 2006 study published in the journal NeuroImage, researchers in Spain asked participants to read words with strong odor associations, along with neutral words, while their brains were being scanned by a functional magnetic resonance imaging (fMRI) machine. When subjects looked at the Spanish words for “perfume” and “coffee,” their primary olfactory cortex lit up; when they saw the words that mean “chair” and “key,” this region remained dark. The way the brain handles metaphors has also received extensive study; some scientists have contended that figures of speech like “a rough day” are so familiar that they are treated simply as words and no more. Researchers from Emory University reported in Brain & Language that when subjects in their laboratory read a metaphor involving texture, the sensory cortex, responsible for perceiving texture through touch, became active. Metaphors like “The singer had a velvet voice” and “He had leathery hands” roused the sensory cortex, while phrases matched for meaning, like “The singer had a pleasing voice” and “He had strong hands,” did not.