This New Year focus less on what you want to DO and more on who do you resolve to BE from here on. 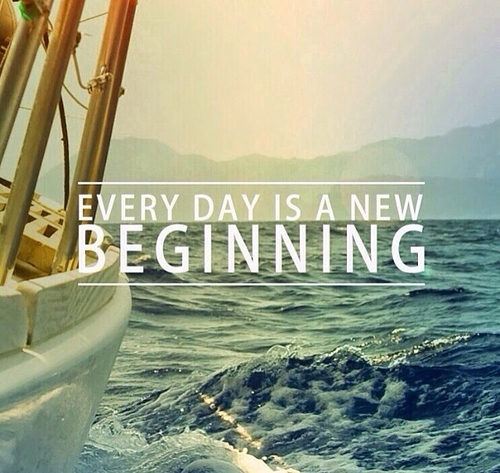 This New Year focus less on what you want to DO and more on who do you resolve to BE from here on.

It’s a question Coaching clients of mine hear fairly often when we’re doing a coaching call…”Who are you BEING in this situation?”

Like one coaching  client  who chronically sabotaged his success. Every time this particular fellow experienced a big win (and in his case we’re speaking literally because he is a professional athlete) he would find a way to lose the next contest of two.

So in examining the question of WHO WAS HE BEING when he won or when he was losing we discovered beliefs about his identity that caused this cycle. When he won a part of him felt like he was betraying his family of origin by getting too big for his britches. He was “too good for the farm.” When he lost he got love from his Mother and was being the “good boy” his mother could approve of and welcome home to her consoling arms.

What he DID on a regular basis should certainly add up to regular winning. It was not a lack of discipline or work ethic. This guy had that in spades. This was all about his subconscious belief system regarding his IDENTITY.

As we worked on shifting this identity belief with Sleight of Mouth reframing and some pertinent NLP processes he got to a new definition of who he was when he won and who he was when he lost. For him his new victor identity was “ancestral standard bearer” and his identity when he lost was “valiant warrior” who would live to fight another day.
By changing this identification with an outdated role he was playing and establishing a new one, he was able to actually plug in and use all of his training in the pursuit of victory.

So WHO have YOU been in the past that has gotten in your way of getting to where you want to get it life? And WHO WILL YOU BE from now on in order to make that happen?

Sometimes – maybe all times – that identity will be metaphorical. For the fellow in my example, “ancestral standard bearer” really meant something to him. That phrase conjured up a clear image in his mind of a knight in shining armor holding a shield with a coat or arms on it that represented his family going back generations and imagining them all extremely proud or his accomplishments.

What’s great and wonderful about changing one’s Identity belief is that behaviors and attitudes and a whole lot more trickle down from there. Running regularly is a lot easier when you ARE a runner. Writing regularly is natural when you ARE a writer. Being strong and resilient is what you do when it is first WHO you are.

So in 2017 focus less on what you are going to do and more on who you are when you are doing them. That way the behaviors you desire to do will flow far more readily and you’ll discover that you are far more successful in your accomplishments than you have ever done before and become far more of who you really are than you have ever been before.

But please don’t quote me on that.