Toward a Spiritual Hypnosis 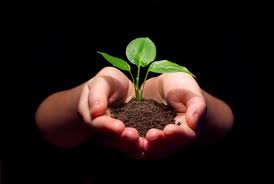 Toward a Spiritual Hypnosis

What, at the basic level, is a human?

The human being is more than the sum of his or her parts. If you somehow reduced a human to a mere collection of it parts you would have muscle, fat, bone and teeth, brain and nerves, connective tissue, blood (around 7% of body weight), lymph and more. If you further reduced that to it’s component parts you’d have water, proteins – including those of hair, connective tissue, etc., fats (or lipids), apatite in bones, carbohydrates such as glycogen and glucose, DNA, dissolved inorganic ions such as sodium, potassium, chloride, bicarbonate, phosphate, gases such as oxygen, carbon dioxide, nitrogen oxide, hydrogen, carbon monoxide, and more.

One thing you wouldn’t find is a mind. Brain tissue, yes, a mind, no. You would find neither a conscious mind nor a subconscious mind. You would not find a personality or remembered history. You also would find neither a soul nor a spirit. And yet, we cannot say that none of those things exist. We know people have minds. We know people have memories and personalities. Most people would agree we have a spirit, although they might disagree on what that means, exactly. Many would also argue confidently for the existence of a soul.

Did God do it?

There has been quite a lot of debate over the years, to say the least, to understand how living beings, especially sentient beings with consciousness and self awareness, could emerge from all this non living stuff. Even if you collected all the right ingredients in the right amounts and put them together in a big cauldron, probably the most life you’d get out of that would be mold – and that would be an indirect result. So how do we humans and all of our fellow living flora and fauna that inhabit this planet do our emerging? For many people on the planet, the answer is God – or some form of deity. Others, we could call them Materialists, believe it is all a happy accident followed by evolution over many millions of years.

Richard Dawkins, the British ethologist and evolutionary biologist, writes in his best-selling book The God Delusion, “We are all atheists about most of the gods that humanity has ever believed in. Some of us just go one god further.” This is a keen insight and one that illustrates how, as time has gone on and humans have developed a more complete understanding of the makeup and mechanics of our physical universe, our explications for the how and why of living have evolved as well. It is interesting to note how previous explanations for things … the earth is flat, the sun is carried across the sky in a chariot, lightning bolts are thrown by Thor when he is displeased, to name just a few… are at first vigorously defended when challenged by new evidence to the contrary, and then, after some time, become obviously untrue to anyone with “common sense.” More and more it seems that a person with “common sense” is that person who is simply in agreement with the commonly held explanations and hallucinations of their day. From our perspective in the field of Hypnosis, we might argue that “common sense” is the perceptions of a person who is deeply and comfortably engrossed in the collective trance of his or her society.

But why do we, as humans, sometimes attribute to Gods (or Devils) the naturalistic phenomena that surround us? Materialists might well look to our genes for an explanation. The idea that there is, in fact a specific gene in our DNA that predisposes us to spiritual explanations has been postulated by geneticist Dean Hamer, the author of the 2005 book “The God Gene: How Faith is Hardwired into our Genes.” According to this hypothesis, the so called “God Gene” produces the sensations associated by some with mystic experiences, including the presence of God. Based on research by psychologist Robert Cloninger, this tendency toward spirituality is quantified by the self-transcendence scale, which is composed of three sub-sets: “self-forgetfulness” (as in the tendency to become totally absorbed in some activity, such as reading); “transpersonal identification” (a feeling of connectedness to a larger universe); and “mysticism” (an openness to believe things not literally provable, such as ESP. Cloninger suggests that taken together, these measurements are a reasonable way to quantify how spiritual someone is feeling.

I know from experience that a good hypnotic trance can produce this effect in people. So I have been exploring the implications of that and in April will be joining with Dr. Laurie Nadel to present a workshop based on her and my research. There will be more thoughts appearing here as well, you can be sure.