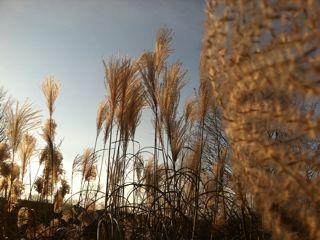 In the history of hypnosis there is a large focus on Hypnosis as a therapeutic tool. It has been seen as a means whereby we can effect certain changes in our functioning. Classic applications of hypnosis are to quit smoking or to lose weight.

There is, however, an equally long history of using altered states for other purposes as well. For fun, for one thing. It’s fun to alter your awareness and dance or have sex or play music. It’s great for creativity and thinking outside the nine dots, as it were. It’s also great to expand your horizons and grow as an individual.

I believe Stephen Gilligan may have coined the term “generative hypnosis” but it has been used in that way probably as long as there have been people. From the shamen of native people all over the planet to today’s raves, people naturally have used and still use the phenomenon of hypnosis to generate new perspectives on life and how to live it more fully and thus foster and nurture the evolution of the person.

Carl Jung, the great psychotherapist, believed that the purpose of life, and therefore the purpose of psychotherapy, is for a person to achieve “individuation.” My belief is that hypnosis can greatly facilitate this process when it is liberated from it’s mundane role of “fix my problem.”

It could be looked at as the problem is a gift for you to wake up from the trances you’ve been living in and live more authentically as the individual you are.

As Stephen Wolinsky writes in “Trances People Live,” we live in one form of trance or another on a daily basis, (certainly some of us do this more than others) and that is usually OK. In fact it would be virtually impossible for us to live a functional life without these everyday trances. Heck, we can’t even walk completely consciously, much less drive a car or other more complex tasks. We generally get along in our trance state just fine until… something happens. Something happens that causes our normal everyday way of coasting through life to hit a bump and we have to stop and figure out what happened.

This bump in our life is an opportunity for awakening but mostly we just “fix the problem” and go back blissfully to our sleepwalk. What if instead we used that opportunity and asked what other possibilities are there? What else can this event mean? What else can we do?

How many times have we had an experience like we lose a job or breakup a relationship and feel like life is over? Like everything is terrible and maybe even not worth the effort. And then we get a new job in a completely different field that opens up something in us that never would have been opened otherwise, or find a new relationship or way of accepting ourselves that is VASTLY better that what went before.

Traditional Hypnosis is, by and large, exclusively the “fix my problem” paradigm. Not that you shouldn’t get your problems fixed. It’s GOOD to quit smoking. Smoking is bad. Hypnosis can really help that.  AND there is much MUCH more than that available to the individual.

Ericksonian Hypnosis (and what I like to call Neo-Ericksonian Hypnosis) has a much greater likelihood of allowing for BOTH the fixing of the problem and discovering much more about your SELF. Through story telling and indirect suggestions, Ericksonian approaches seek to heal the relationship between the client’s conscious and unconscious minds, generally expanding the horizons of the person engaged in the process and helps people to become fully realized individuals, AND fixes the problem.

And isn’t it nice to know that you can enjoy both at the same time?