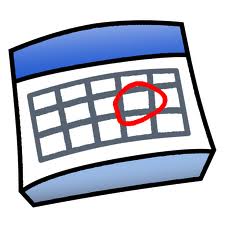 Everyone has had the experience of scrambling to meet a deadline. We all know the sense of urgency deadlines impose. Even great art has sometimes been created on a deadline.

I have previously written in this blog of an experience from a long time ago, when I was a student composer at a New Music symposium at the University of Buffalo. I was fortunate enough to be in a Master Class with the great American composer Aaron Copland and asked him, “What was your inspiration for ‘Appalachian Spring’?”

You see, I thought I knew about composers and inspiration. As a student I’d read stories about how Beethoven was walking through the woods one day, listening to the birds and an approaching storm, and how he wrote the Pastoral Symphony based on this inspiration. I knew Aaron Copland was about to reveal a similar episode in his life based on a spring morning in the Appalachian Mountains.

What he did say, however, shocked me to my naive little core.

“I got a commission,” he said. He described how Martha Graham, the modern dance choreographer was creating a dance piece and needed 30 minutes or so of music for it — and she needed it by August 1st. He said he had never been to the Appalachian Mountains, knew nothing about the region, and never even left Brooklyn to write it. In fact — the title was put on the music after it was written! But he needed the $500 bucks to eat and if he didn’t have it done by the 1st he wouldn’t get paid.

He looked at our startled faces and with great earnestness, as if he was Moses about to impart the 10 commandments, he raised his finger and said, “There is nothing as inspirational as a deadline.”

This is one of the great reasons Coaching is so powerful. When a person is in a Coaching relationship and commits to accomplishing a certain task by a certain time, he or she tends to get it done, don’t they?

This great truth, as simple as it is, (perhaps most great truths are simple) is why I’ve added a time frame to the NLP “Well Formedness Conditions for an Outcome.” I have found, in my own experience and in countless experiences with coaching clients over the years, that this added element gives backbone and fuel to the goal setting process (if you’ll pardon my mixed metaphor), making it far more likely the goals will be accomplished, and accomplished in a timely fashion…often well before the negotiated deadline.